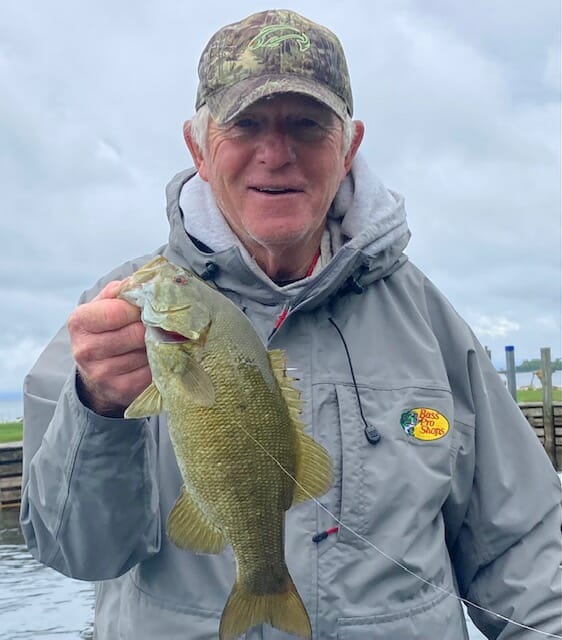 Determining where to fish in Door County can be a puzzle. Anglers have a lot of choices of venues and multiple factors to consider.  First, which species to target? The choice of tackle and location will differ greatly if you want a meal of perch as opposed to venturing to boat a King salmon. Weather is […] 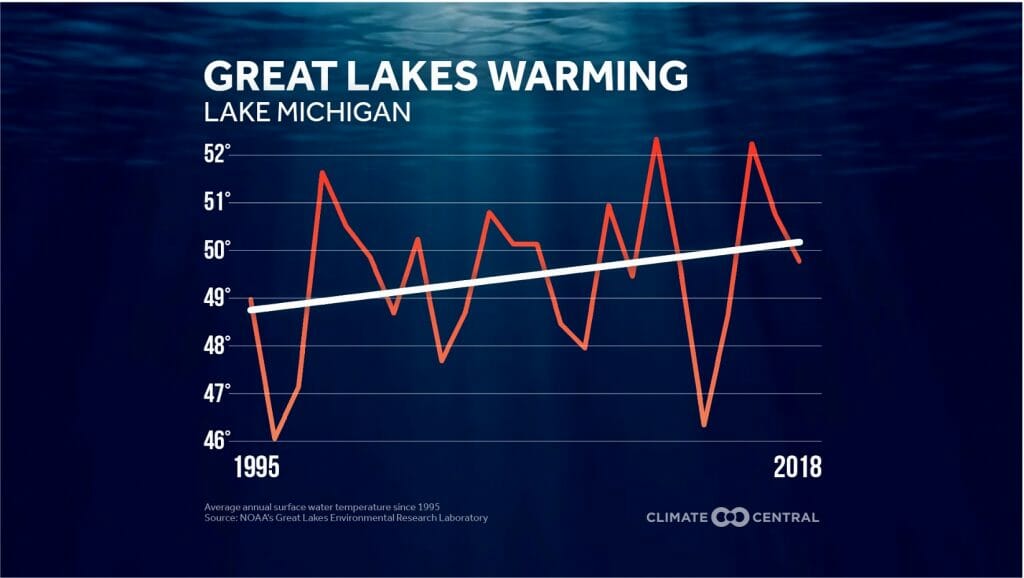 Denizens of a tourism community like Door County understand the meaning of the term “shoulder season”. It is those periods on the calendar that lie between the peak tourist season (aka summer) and the off-season, the dead of winter. In Baileys Harbor that is generally considered to be October and November as well as March […] 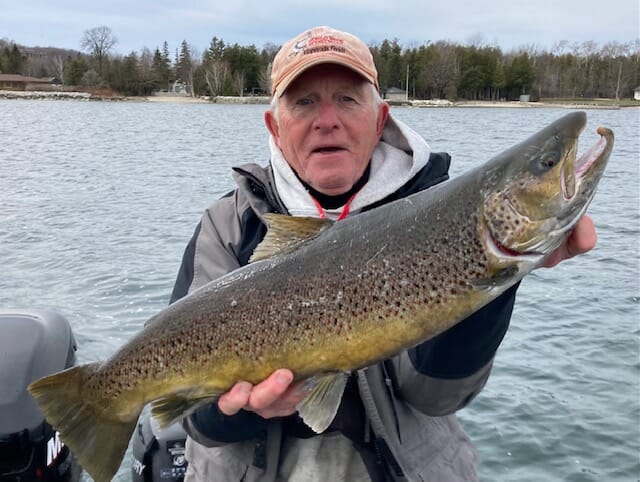 My relationship with the Brown Trout (Salmo trutta) is long and convoluted. It began when, as a schoolboy in Oconto County, I would crawl along the muddy banks of tiny rivulets of Hines Creek or the outlet stream from Anderson Lake. I was in quest of not brown trout, but brook trout. At the time, […] 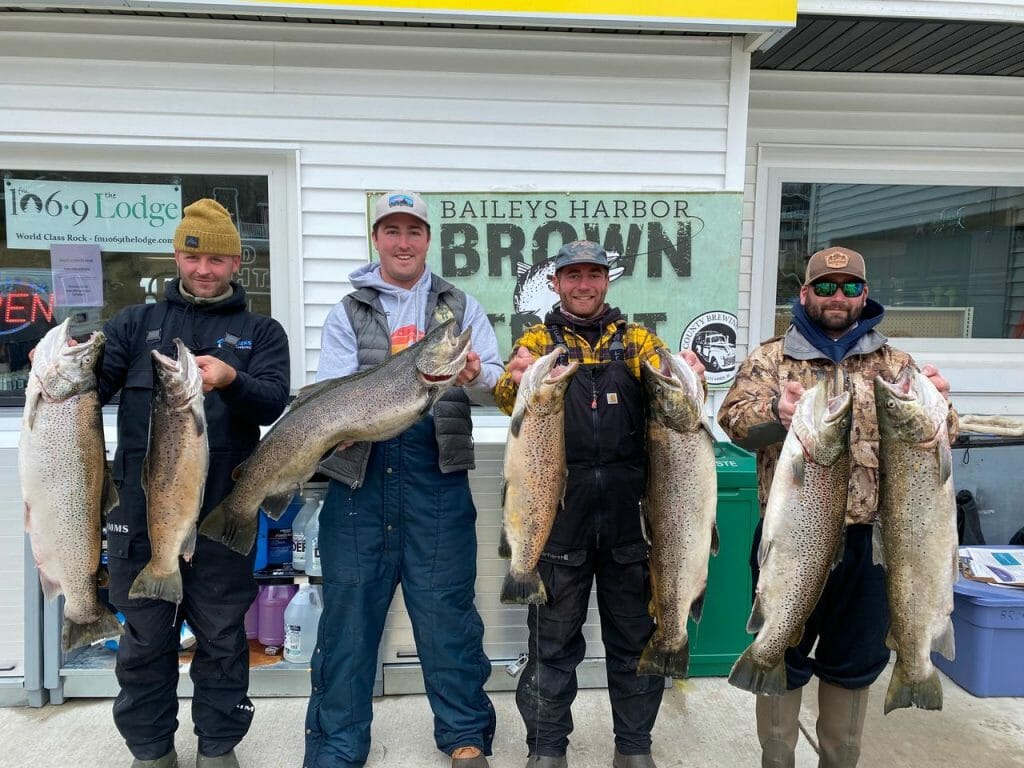 To really “get” the Baileys Harbor Brown Trout Tournament, you need to fish in it. No disrespect and much gratitude to all those wonderful volunteers who serve at the weigh-in stations and those onlookers just wanting to set eyes on some big, beautiful fish. However, to understand the endeavor that is early season brown trout […] 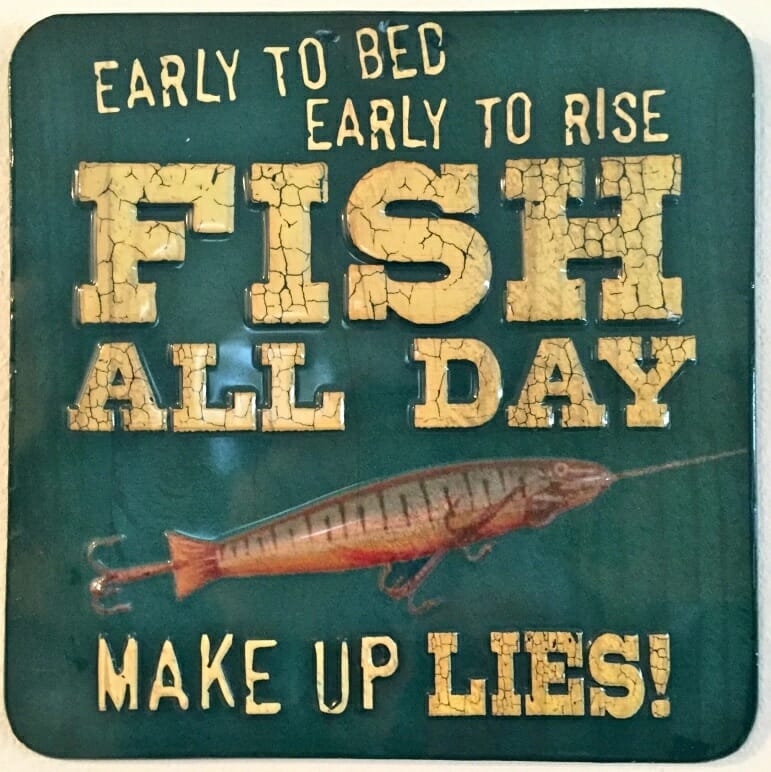 Many people, mostly non-anglers, assume that you can always tell that a fisherman is lying by when his lips are moving. The “fact” that all anglers lie about the fish they catch is one of the most enduring myths about fishing and anglers. I am not sure where this originated, but I am confident that […] 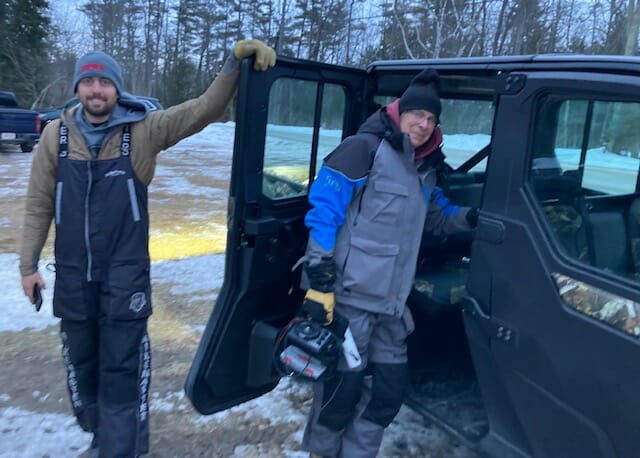 It is ephemeral. If you attempt to find it at the wrong time, it won’t be there. It will have vanished even from a location it had existed in the past. When it does exist, it can be impossible to get there. Once you arrive, it may be impossible to leave, until you can. It […] 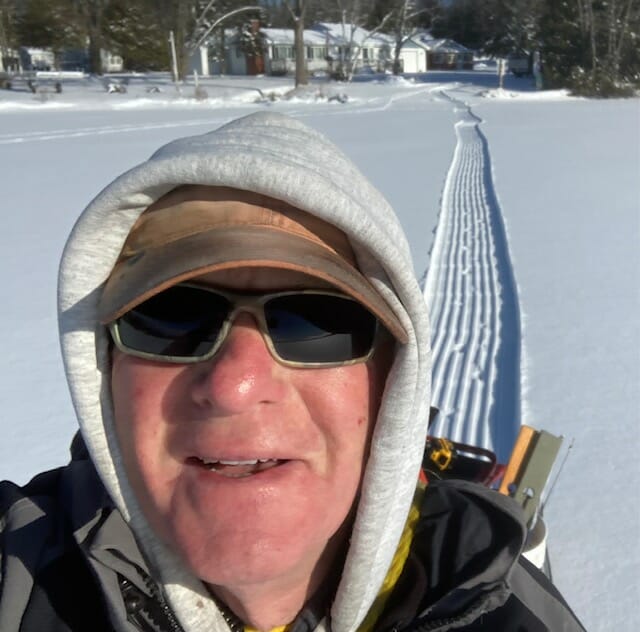 Ok, people who choose to go ice fishing are not, by nature, risk averse. Afterall, we are talking about a group of anglers who venture out on a sheet of frozen water often in brutal winter conditions in pursuit of fish with no guarantee of catching anything, staying dry or even returning home safely. Many […] 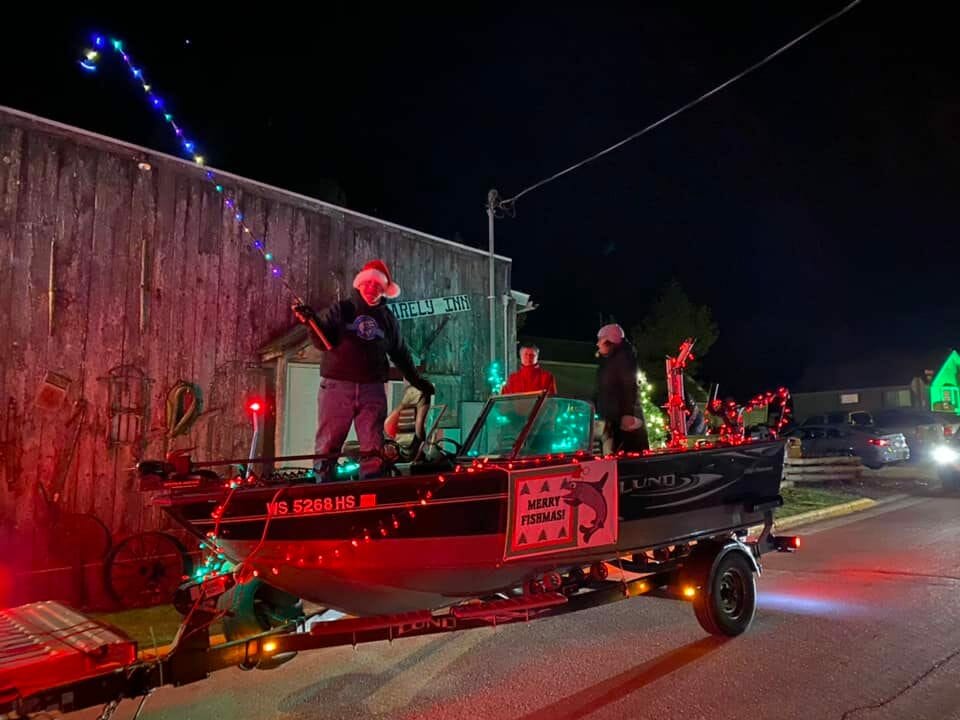 Languishing. That’s what I was doing. Languishing. That sense that you are just kind of treading water. Not drowning for sure, but not exactly swimming the English Channel either. Getting through each day, accomplishing the necessary tasks, but waiting for something else. For what? Often you are not sure, but there must be something more, […]

Fill out our Request a Brochure form to have a guide sent right to your door (or email)!