Baileys Harbor was discovered in 1848 by Captain Justice Bailey while seeking shelter during a violent Lake Michigan storm.

Baileys Harbor was discovered in 1848 by Captain Justice Bailey while seeking shelter during a violent Lake Michigan storm. He explored the area and brought back samples of rock and wood to his employer, businessman Alanson Sweet of Milwaukee.

Sweet saw the potential of the area and in the spring of 1849 began development by sending men to build a dock, and to harvest the wood and stone covering the land around the harbor. Sweet used his political influence to set apart Door County, establish Baileys Harbor as the county seat, and to erect the first Baileys Harbor Lighthouse in 1851. Sweet eventually suffered business reverses and abandoned the enterprise which led to a brief dormant period for the town.

The Poles centered around Cty Rd EE, the Irish near Kangaroo Lake, and the English, Germans, and Scandinavians scattered in various areas of the township. The town grew as these settlers needed goods and services. In addition to the farms being developed, logging, quarrying, and fishing were significant industries in Baileys Harbor. Three long piers reached out into the lake bringing in necessities and sending wood, stone, and fish to the rapidly growing cities around the lake. Tourism also became an important industry, and in the 1870s resorts and hotels were built. These provided lodging for tourists as well as travelers from neighboring areas who had business in town but couldn’t make a round trip in one day.

Other institutions that are the hallmark of a thriving community began to make an appearance.

The town had a school from very early days. The first churches in town, St. Mary of the Lake Catholic Church (1874) and Immanuel Lutheran Church (1893), were built by groups of families who donated labor, land, and money, even to the extent of mortgaging their farms so that they cold have a place to worship. Today, St. Mary’s is part of the Stella Maris consolidated parish. The 1870s also brought the establishment of the Athletic Club and Baileys Harbor’s first baseball team, the Foresters. They continue today as the Baileys Harbor A’s.

At about the same time, the town began to hold large Independence Day celebrations; this tradition also continues, and thousands gather here to celebrate the Fourth of July every year.

Clubs were very popular in the early 1900s. They included the Country Club, the Commercial Club, The Ladies Progressive Club, and the Cemetery Club. The Cemetery Club was formed out of concern for the condition of the town cemetery which was not being cared for properly, even to the extent of livestock being pastured there. The club continues doing good works today as the Baileys Harbor Women’s Club and celebrated its 100th anniversary in 2013.

After the war, teachers from the Art Institute of Chicago started a summer art school in Frogtown that was supported by the U.S. government for the training and rehabilitation of WWI veterans. This was the first art colony in Door County.

The 1930s brought Maxwelton Braes golf club and resort which was built by Michael McArdle. McArdle also contributed a new Catholic Church, and bequeathed the Town Hall and McArdle Library to the town. In 1937, the Ridges Sanctuary was begun by a group of local people with the help of landscape architect Jens Jenson and botanist Albert Fuller and continues to be dedicated to preservation as well as environmental education.

World War II called many local boys to fight, and many other residents worked in the shipyards in Sturgeon Bay.

Logging, shipping and stone were no longer major industries in town. Tourist Rooms and cottages proliferated as tourism became an even bigger part of the economy as it is today. Nestled between the beach and the bluff, Baileys Harbor has retained its quaint small town charm, and continues as a beloved hometown to many and a beautiful vacation destination to others, drawing visitors from all over the country. 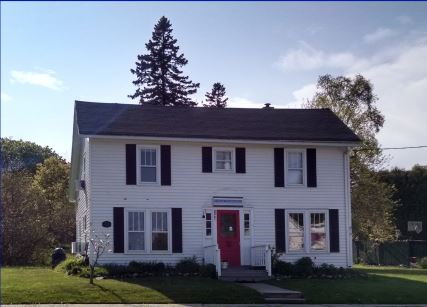 Fill out our Request a Brochure form to have a guide sent right to your door (or email)!